Full Name
Mallory Weggemann
Company
2012 Paralympic Gold Medalist
Speaker Bio
2012 Paralympian Mallory Weggemann’s life changed on January 21, 2008. Weggemann received an
epidural injection to help treat back pain; however, complications with the procedure left the college
freshman paralyzed from the belly button down.
Weggemann has been a competitive swimmer since the age of seven. After her injury at the age of 18,
she chose to return to the pool. In April 2008, her older sister found an article in the local newspaper
highlighting the Paralympic Swimming Trials for the Beijing 2008 Paralympic Games. The meet was being
held at the University of Minnesota Aquatic Center in Minneapolis. Still coping with her new disability,
Weggemann found one thing unchanged—her love for swimming.
While attending the meet as a spectator, she met several of the U.S. national team coaches. The
following Monday, Weggemann returned to the pool and has been swimming ever since. She touts her
Paralympic trials experience as life changing: “I have always loved the sport, but when this happened I
thought my days of swimming were over and when I realized I could still do it, well I will never forget that
moment.”
Weggemann broke her first set of world records in Edmonton, Alberta, in July 2009. At the 2009 Short
Course IPC Swimming World Championships in Rio de Janeiro, she broke six more world records and took
home five gold medals. In August 2010 at the Long Course IPC Swimming World Championships in
Eindhoven, Netherlands, Weggemann proved herself again in the pool by taking home eight gold medals
and one silver. She finished the meet with nine world records. In July 2011, Weggemann was recognized
for her outstanding performance at the 2010 World Championships by ESPN when she was awarded the
ESPN ESPY for Best Female Athlete with a Disability.
In August 2012, just days after being reclassified at the 2012 Paralympic Games in London, Weggemann
showcased her amazing abilities by winning gold and setting a Paralympic record in the 50m freestyle.
She also anchored the bronze-medal-winning 4x100m medley relay team, bringing USA back from fifth
place to almost capturing gold. It has been deemed one of the most memorable moments of the London
Games, and it inspired many across the world.
Just under four months after becoming paralyzed, Weggemann was back in the pool, with her eyes on
gold at the 2012 Paralympic Games. Having achieved that goal, she decided it was time to chase her
ultimate dream—to walk again. For years, this was something that was deemed impossible, but a new
possibility arose and in order to achieve her goal, Weggemann reached out to the public to ask for their
support through a crowd-funding Indiegogo campaign.
On November 16, 2013, Weggemann’s dream came true and she was able to “walk” again for the first
time in nearly six years with her loved ones by her side. In order to accomplish this dream, she worked
very closely with Mayo Clinic in Rochester, MN, to learn how to use her customized leg braces with the
assistance of forearm crutches. Although Weggemann’s wheelchair will never be replaced by her
customized leg braces and forearm crutches, they have allowed her to have short moments of upright
mobility and the freedom of standing again. And on December 30, 2016, she walked arm-in-arm with her
father down the aisle on her wedding day, fulfilling a long-time personal dream of hers.
Following competing in the 2016 Paralympic Games in Rio de Janeiro as a two-time Paralympian for
Team USA, Weggemann is actively building upon her career outside of the pool through motivational
speaking and other public appearances around the world, as well as advocating for disability rights. She
was also featured in The Current, a documentary produced by Make A Hero, a non-profit organization
focused on inspiring individuals with disabilities to enjoy the freedom of adaptive sports.
Weggemann proudly serves on the Delta Airlines Advisory Board on Disabilities and regularly brings her
empowering message to members of staff at all levels of seniority in partnership with Deloitte.
Speaking At
Afternoon Keynote - Tough Enough: Resilience and Triumph Over Any Obstacle 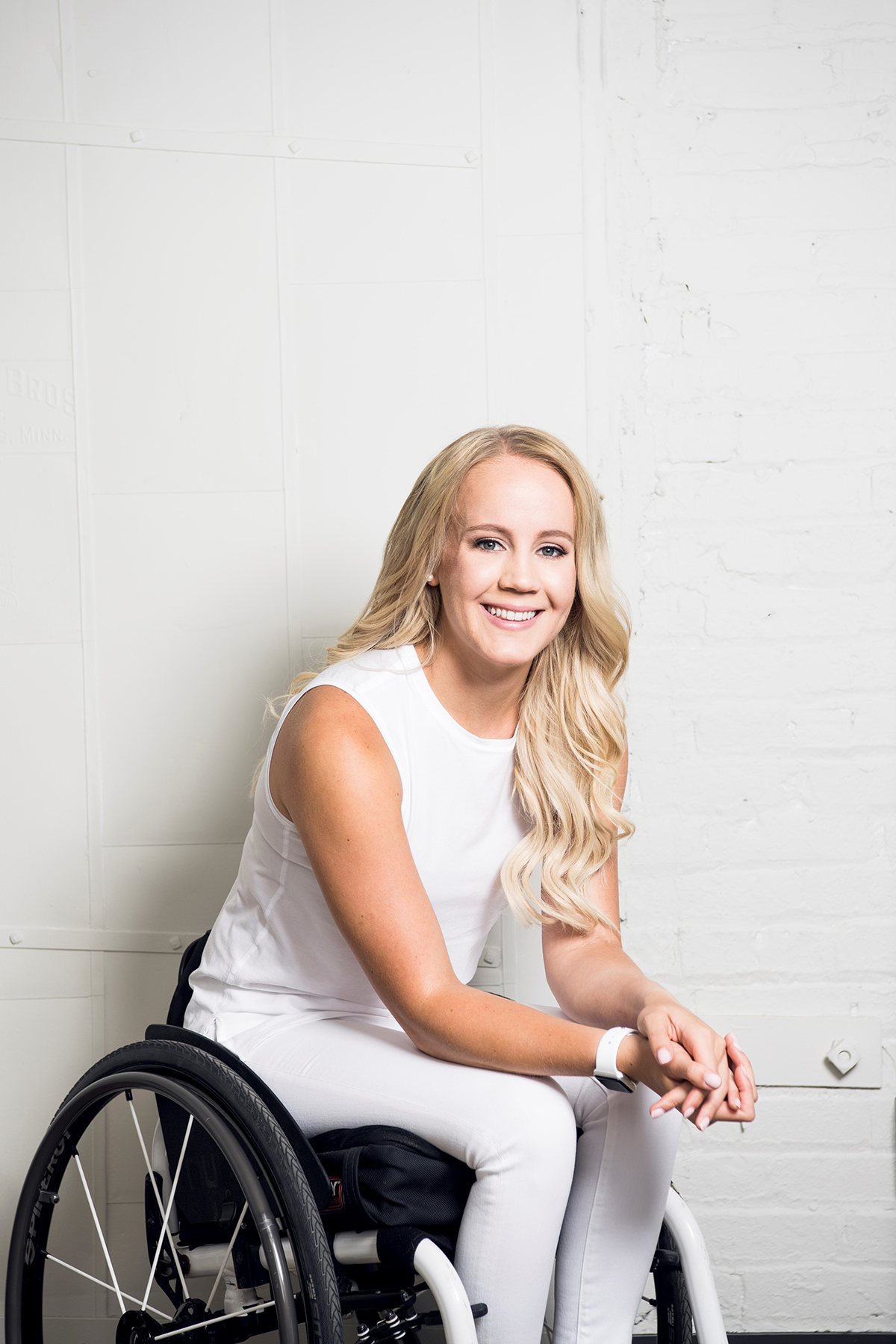